Curated by the State Records Office and Western Australian Museum

On 9 March 1927, a proclamation made under the Aborigines Act 1905 (WA) was published in the Government Gazette, declaring the City of Perth to be an area where it was unlawful for Aboriginal people, not in lawful employment, to be or remain.

The Perth Prohibited Area was enforced from 1927 until it was abolished in 1954, requiring Aboriginal people to always carry a permit or 'Native Pass' if they wanted entry for any purpose, including work.

The boundaries of the ‘Native Prohibited Area’ were not explicitly stated in the 1927 proclamation. The lack of definable borders meant that there was a degree of ambiguity written into the regulation, where the term ‘City of Perth’ could be construed to mean every municipality within the greater Perth region.

At that time, the City of Perth extended far beyond Perth’s central business district and included North Perth, Leederville, Victoria Park, Kings Park, Wembley and the lands west of Wembley stretching to the ocean. 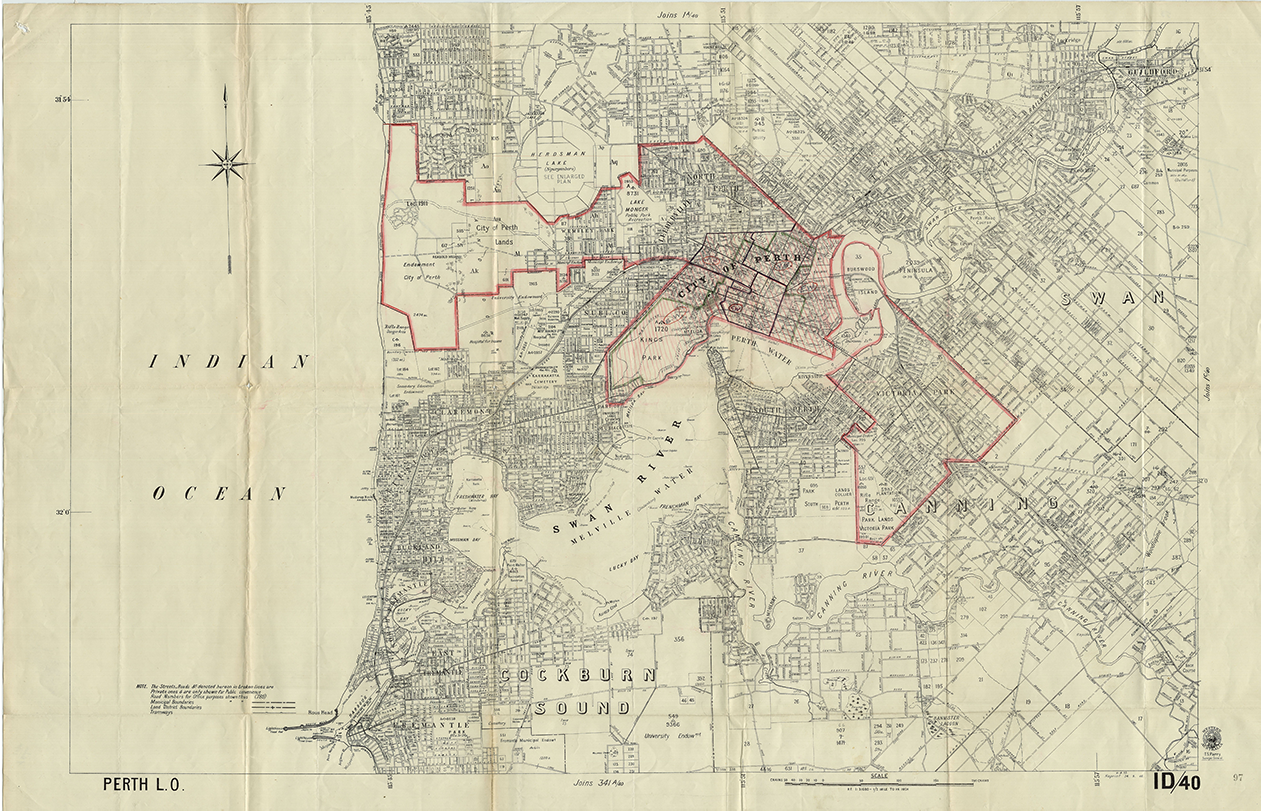 The Prohibited Area was enforced between 1927 and 1954 and required Aboriginal people to always carry a permit or ‘Native Pass’ on their person, which was to be immediately produced when questioned by authorities. If the individual in question was unable to produce a valid pass justifying their presence within the City of Perth, they were told to vacate the prohibited area at once. Should this move-on notice be ignored, the person could be arrested.

Neville wrote to the Superintendent of the Moore River Native Settlement in March 1927 that it was “necessary to take this action in order to prevent natives from frequenting [amusement establishments like] ‘White City’ … [as they were] generally behaving themselves in an undesirable manner”, which could not be tolerated.

Neville stated this “is in the best interest of the natives”, arguing that Aboriginal people needed to be protected from themselves.

However, after a particularly heated piece of correspondence with the Commissioner of Police in March 1928, Neville revealed what could have been his true motivations for supporting the prohibited area, where he stated his “desire that neither half-caste or Aboriginals be permitted to frequent the ‘White City’ [or similar such establishments]...[as] it simply debases the natives and lowers the status of the whites in their eyes…and will invariably lead to the ruin of blacks”.

While Neville’s rhetoric is considered outlandish today, he did have the support of many of his contemporaries, which resulted in the active enforcement of the prohibited area and the arrest of many Aboriginal people. Figures from the Central Police Station for the period between July 1949 and February 1950 show that 78 Aboriginal people were charged for being within the zone, with many facing multiple charges (a total of 130 charges are recorded for this period).

If these figures are extrapolated across each station within the zone, for the duration the prohibited area was in force, a much larger reality comes into focus, with many in the Aboriginal community either being arrested themselves or knowing someone who had been.

Perth was not the only location in which such a prohibited area was established. Prohibited areas were set up in many regional towns across the State in the 1930s and 1940s, as is documented by a number of files in the State archives collection.

Some of the cases of Aboriginal people being arrested during this period, for unlawfully being within the Prohibited Area, highlight how indiscriminate and at times ineffective the policy was as their charges for being within the prohibited area without a pass were later dismissed because they were found to be employed and simply did not have the required pass at the time.

Concerns were raised in a report by Constable Brown who stated: “arresting well-mannered natives is somewhat unfair as they would have a pass if they were able to and that their inability to gain access to passes should not be reflected in their arrest”.

In 1947, the Prohibited Area came under review as continued queries from Police Constables revealed an administrative oversight with the 1927 proclamation, where the lack of definite boundaries and responsibilities for enforcement resulted in jurisdiction and funding problems. It is possible that, when Neville conceived the idea of the prohibited zone, he did not realise the extent of the City of Perth boundaries as his main focus was on central Perth. 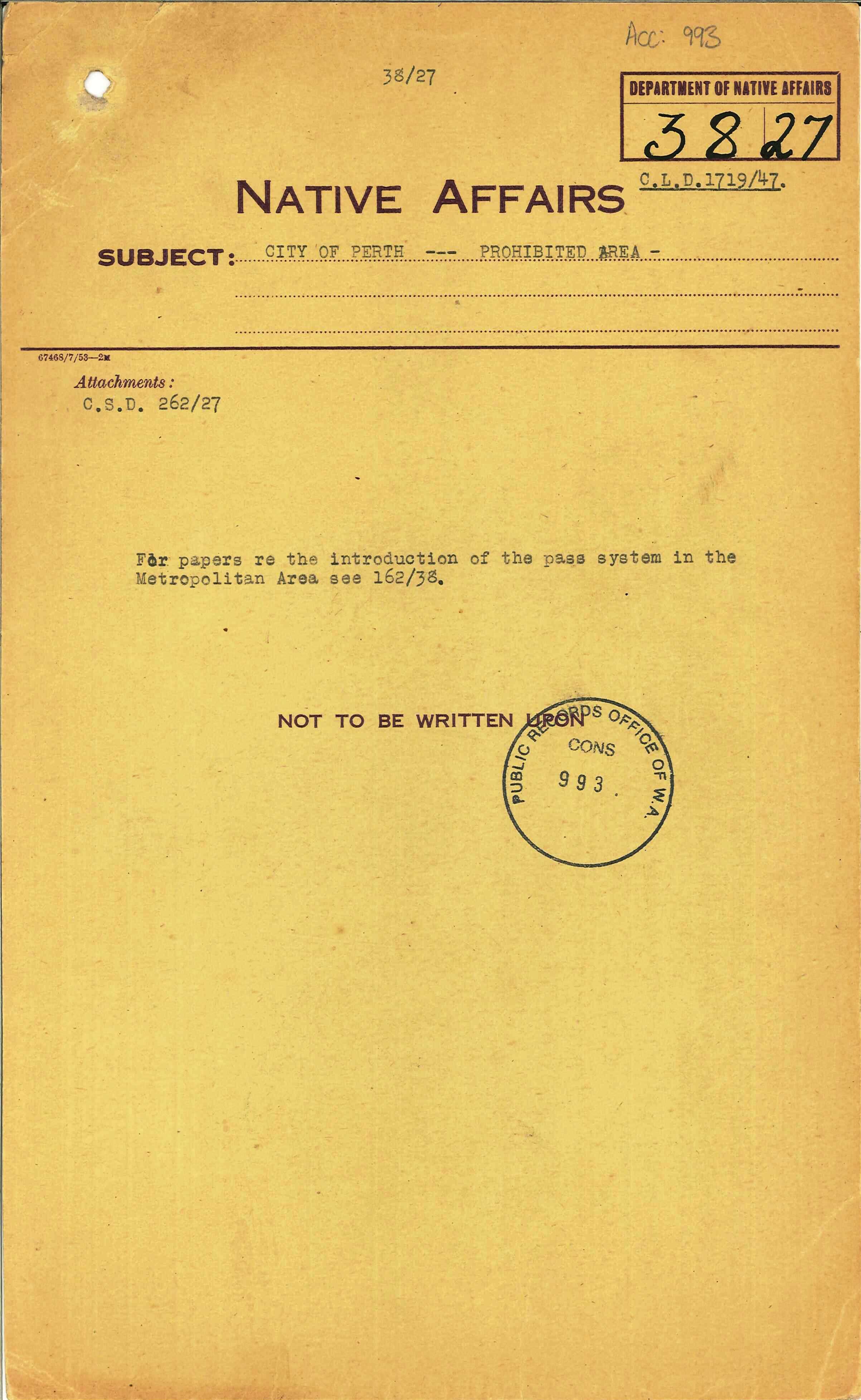 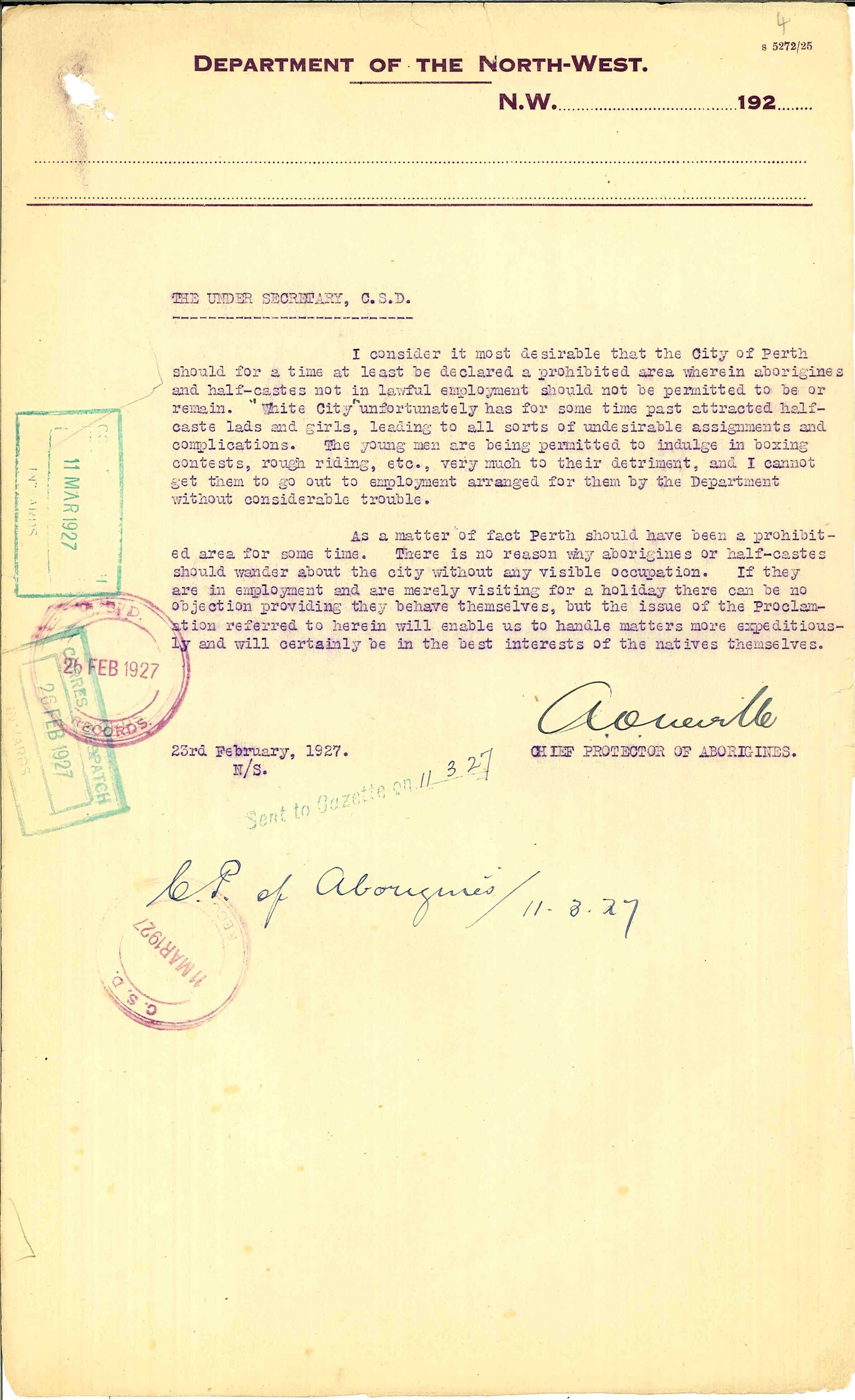 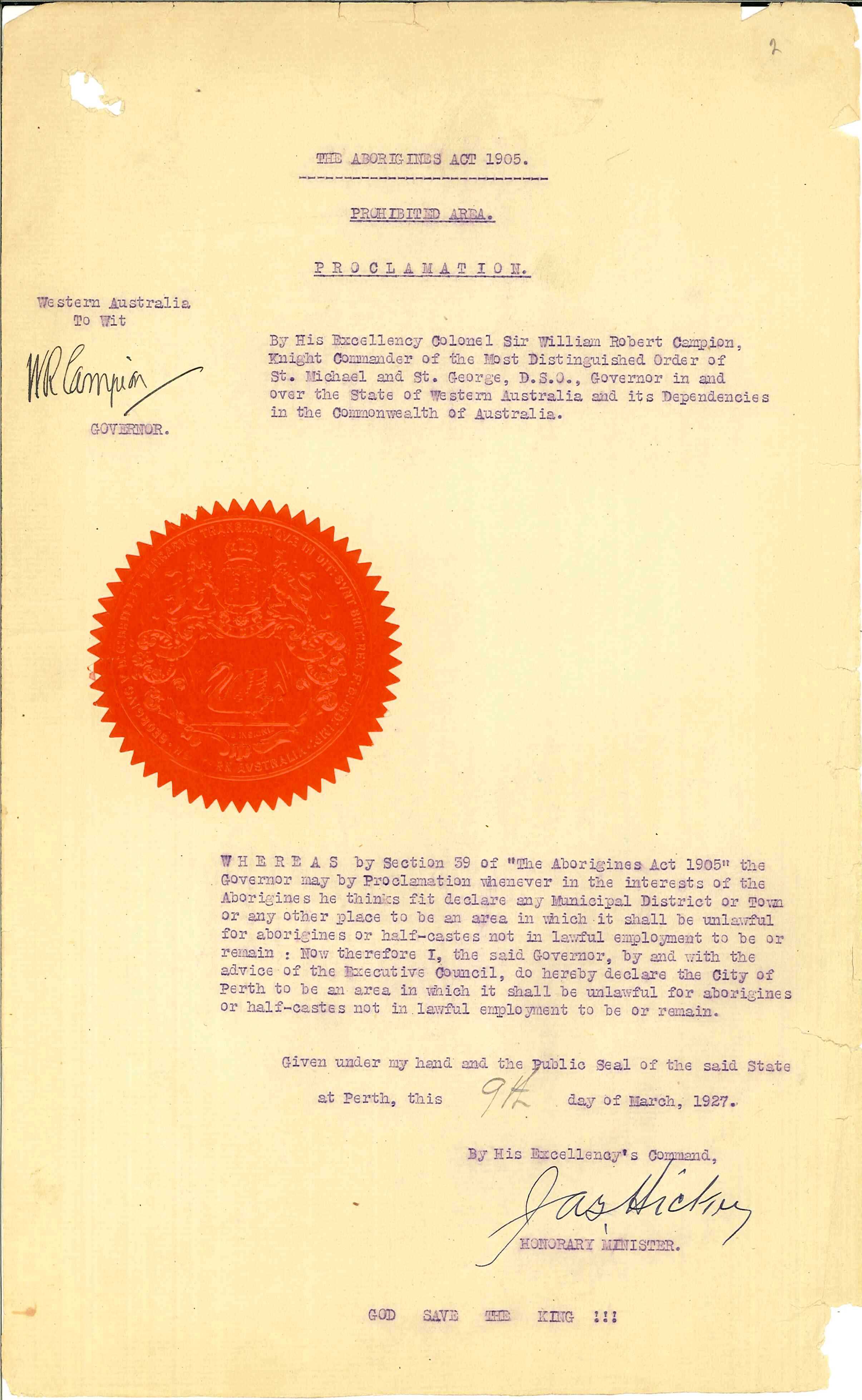